I’d like to introduce you to my Crystal blue ‘69T…

This whole story began in October 1968 when a Miss Patricia Schuessler flew to Germany to order this car directly from the factory for her father. She specifically ordered the car to have Crystal blue with S options including Comfort package, S brakes and 5-speed gearbox.

Miss Schuessler and her father were both officers in the military. They resided in Huntsville Alabama working for the Arsenal, from what I understand; the father was temporarily stationed in Germany. So after tourist delivery they drove the car in Germany for a few months before being shipped back to Alabama. From there, the Schuessler family drove the car for many years with government stickers on the windshield showing valid until 1994. I also have documents showing that the car transferred ownership from the father back to the daughter (Patricia) in 1986.

This car has cheated death by nearly missing a few tornados in the Huntsville area. Actually, that’s how the previous owner whom we purchased the car from discovered the car. Huntsville local, had a brother in the tree removal service, he was hired to pull a fallen tree off of the garage in which this car sat for a number of years. Since there wasn’t any petrol available for sale in the Huntsville area, the previous owner drove down some petrol from Tennessee to help his brother with the tree removal service. Huge air-cooled Volkswagen drag racer, noticed the crystal blue 911 in the damaged garage. He ended up purchasing the car from Patricia in 2011. Making the car a single-family ownership from new until then, he then removed the engine and completely refurbished the drivetrain to factory spec.

We acquired the car in early summer of 2013, at some point the car was fitted with an air conditioning unit. When the previous owner re-furbished the engine he pulled the condenser; this lead to a number of electrical issues that had to be addressed in order to make a reliable driver. We replaced the batteries, alternator, distributor, new plugs, carb rebuild and flushed the fuel tank. It was apparent that after the engine rebuild the car sat for about a year without being driven much at all.  The car is an absolute joy to drive. For now I’m going to enjoy it while slowly piecing together the bits in the interior that need to be replaced. Eventually the original glass will be carefully taken out and a new dash-top will be fitted. The car will be complimented with a new coat of paint. It was re-sprayed sometime in the 80’s with a close but not exact match to the Crystal blue. The car still wears its original paint in parts of engine bay/door jams and under the trunk lid. After all this time, I still can’t but wonder why she didn’t order an E? I think it would have been cheaper for her don’t you think?

Thank you for your time, 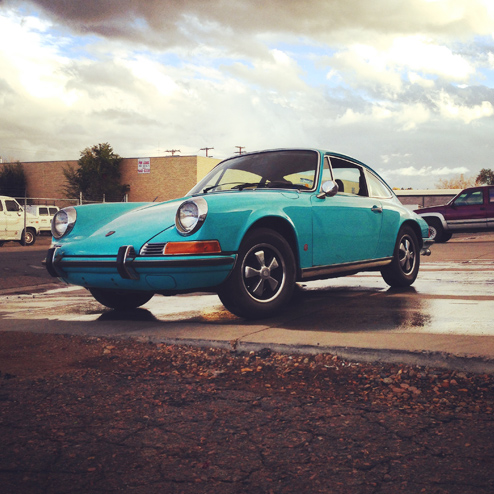 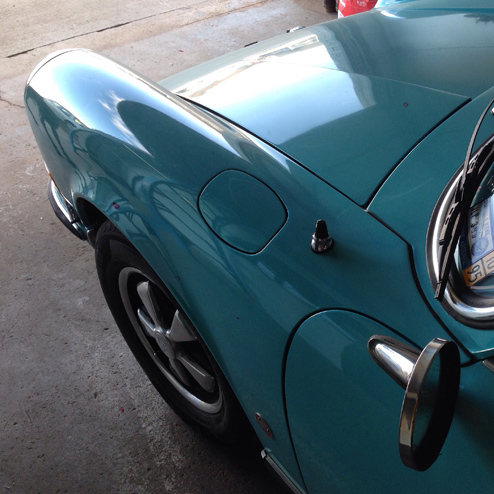 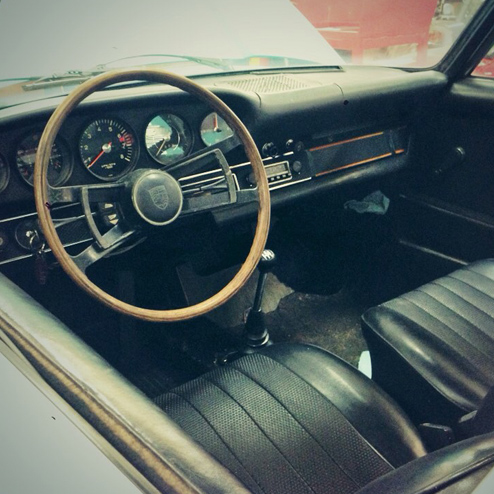 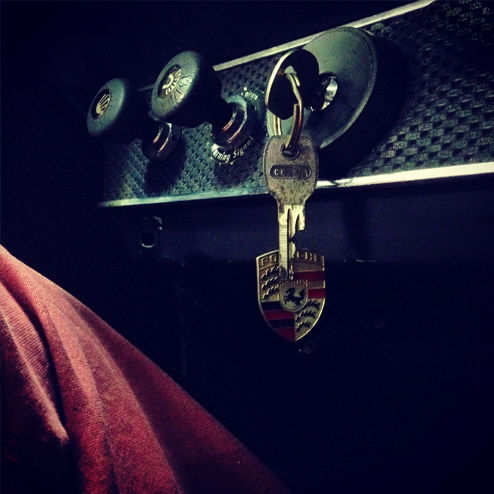 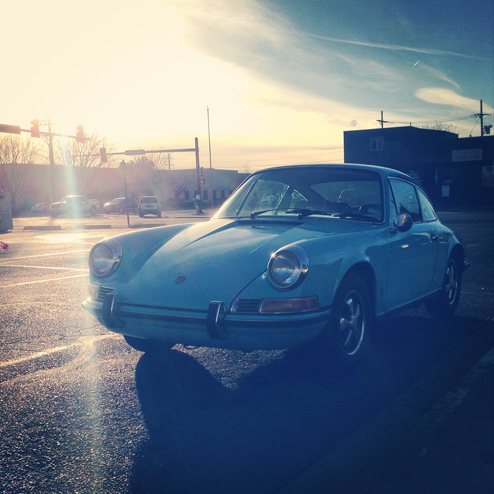 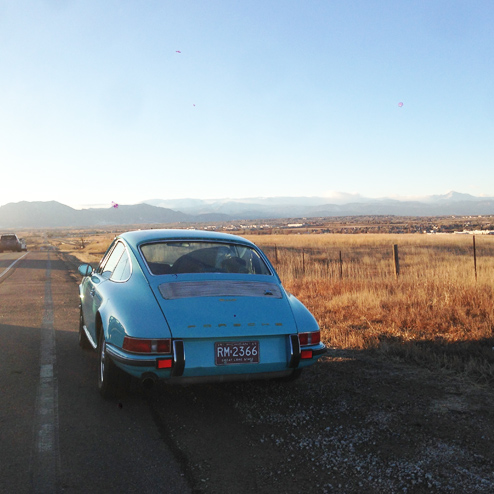 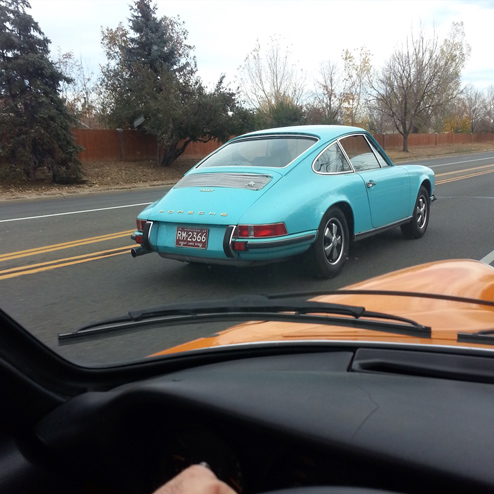 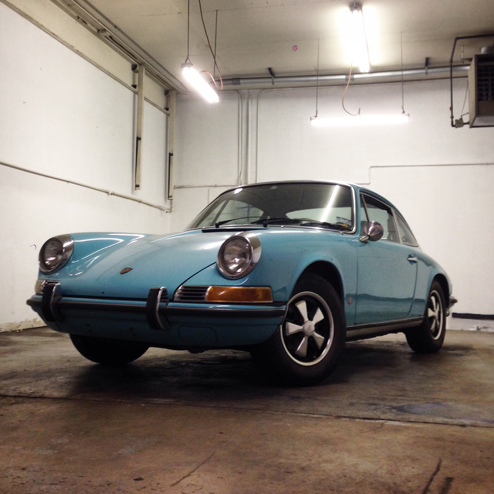 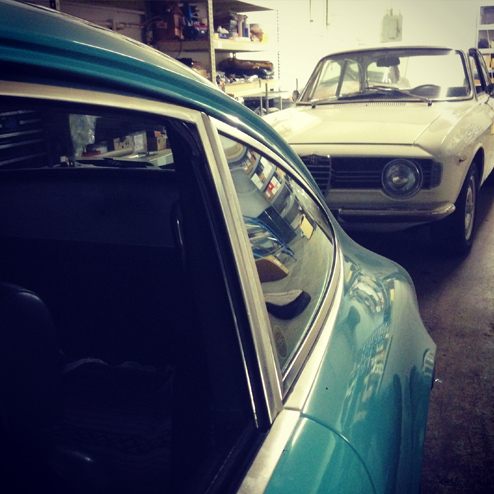